Figure 1: Map showing location of reefs in the Whitsundays sector. Click the points for more information.

Table 1: Overview of results obtained from manta tow surveys of reefs in the Whitsundays sector

As part of the Long-Term Monitoring Program (LTMP), manta tow surveys of hard coral cover and the abundance of the coral feeding crown-of-thorns starfish (COTS), Acanthaster cf. solaris were completed on 10 reefs were surveyed in the Whitsundays sector of the Great Barrier Reef (GBR) (Fig 1).

Preliminary results of the manta tow surveys are presented in Tables 1 and 2. The overall median hard coral cover for the sector was moderate (10-30%) (Table 1) (Fig 2) and had increased since previous surveys in 2019 (Fig 2). 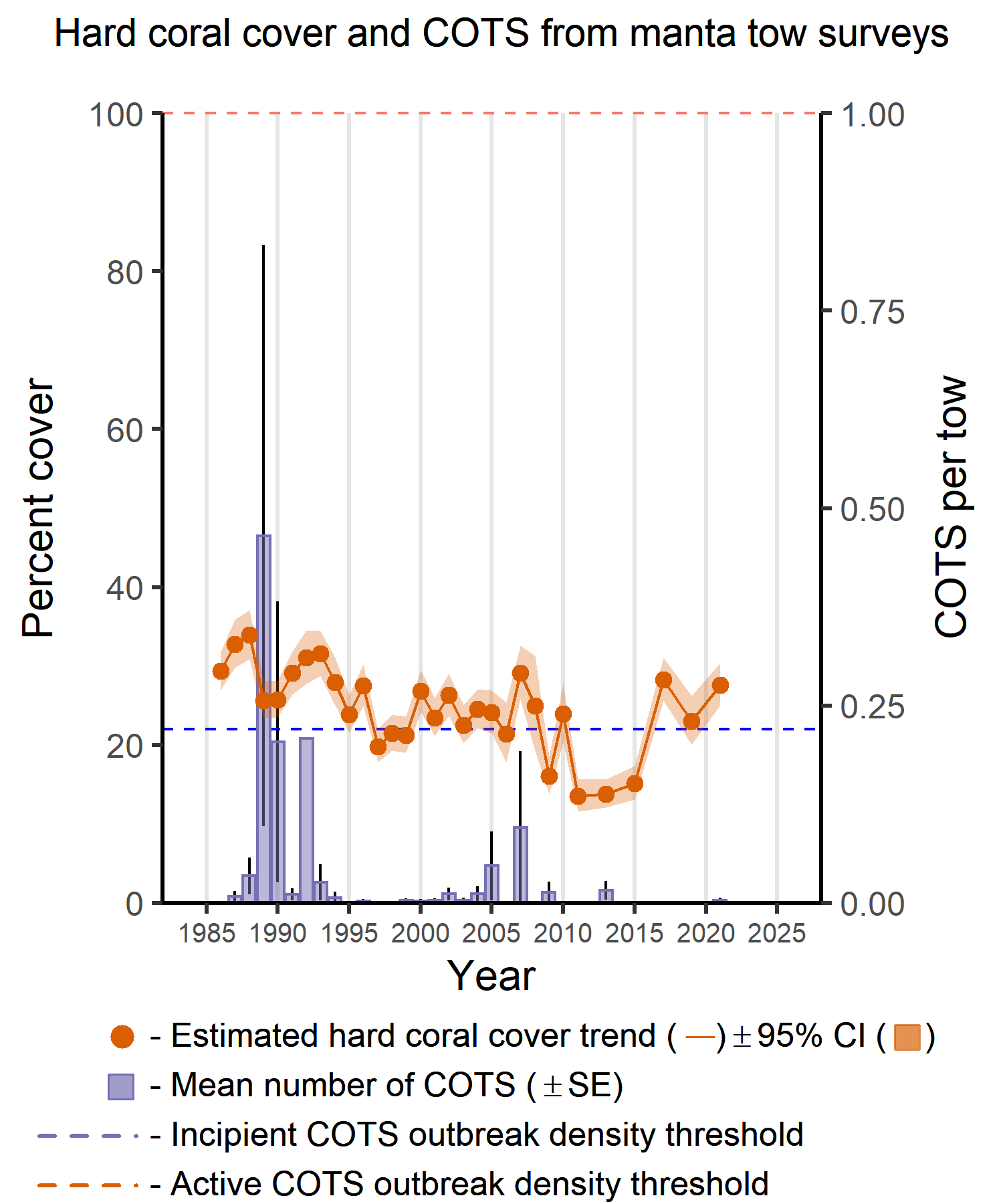 Figure 2: - Sector-wide changes in coral cover and the numbers of A. solaris for survey reefs in the Whitsundays sector of the GBR. Orange trend line = Hard coral. Purple bars = Crown-of-thorns (COTS)

Image 1. A turtle rests on the southern reef flank at Border Island.

Image 2. A coral trout swims above the reef slope where high hard coral cover and complexity were observed on the southern reef flank at Hyde Reef.

Image 3. Baitfish school along the slope of the reef front at reef 20104S.

Image 4. Hard coral recruitment on the reef crest of the northern flank at Hayman Island.