Figure 1: Map showing location of reefs in the Townsville sector. Click the points for more information.

As part of the Long-term Monitoring Program (LTMP), manta tow surveys of hard coral cover and the abundance of the coral feeding crown-of-thorns starfish (COTS), Acanthaster cf. solaris were completed on twelve reefs in the Townsville sector of the Great Barrier Reef (GBR).

Preliminary results of the manta tow surveys for the sector show the overall average hard coral cover was moderate (10-30%) (Table 1; Fig 2) and had increased marginally since January 2019 (Fig 2).

Low numbers of COTS were recorded on three reefs. These were below thresholds that define active (1 COTS per tow) or incipient (0.22 COTS per tow) outbreaks, however Kelso Reef has increasing numbers of COTS that could potentially lead to a future outbreak. Active removal of starfish has occurred throughout the Townsville sector in recent years by GBRMPA’s crown-of-thorns starfish control program, which contributed to reduce the number of COTS visible during manta tow surveys. For example, Rib Reef had an active outbreak from 2017 to 2018 and targeted COTS culling began in 2017; no COTS were recorded at this reef in 2020. Hard coral cover at Rib Reef decreased from very high (50 to 75%) in 2016 to low (0 to 10%) in 2020, reflecting the cumulative disturbances affecting this reef (bleaching in 2017 and 2020, outbreak numbers of COTS (>1.0 COTS per tow) from 2017 to 2018). 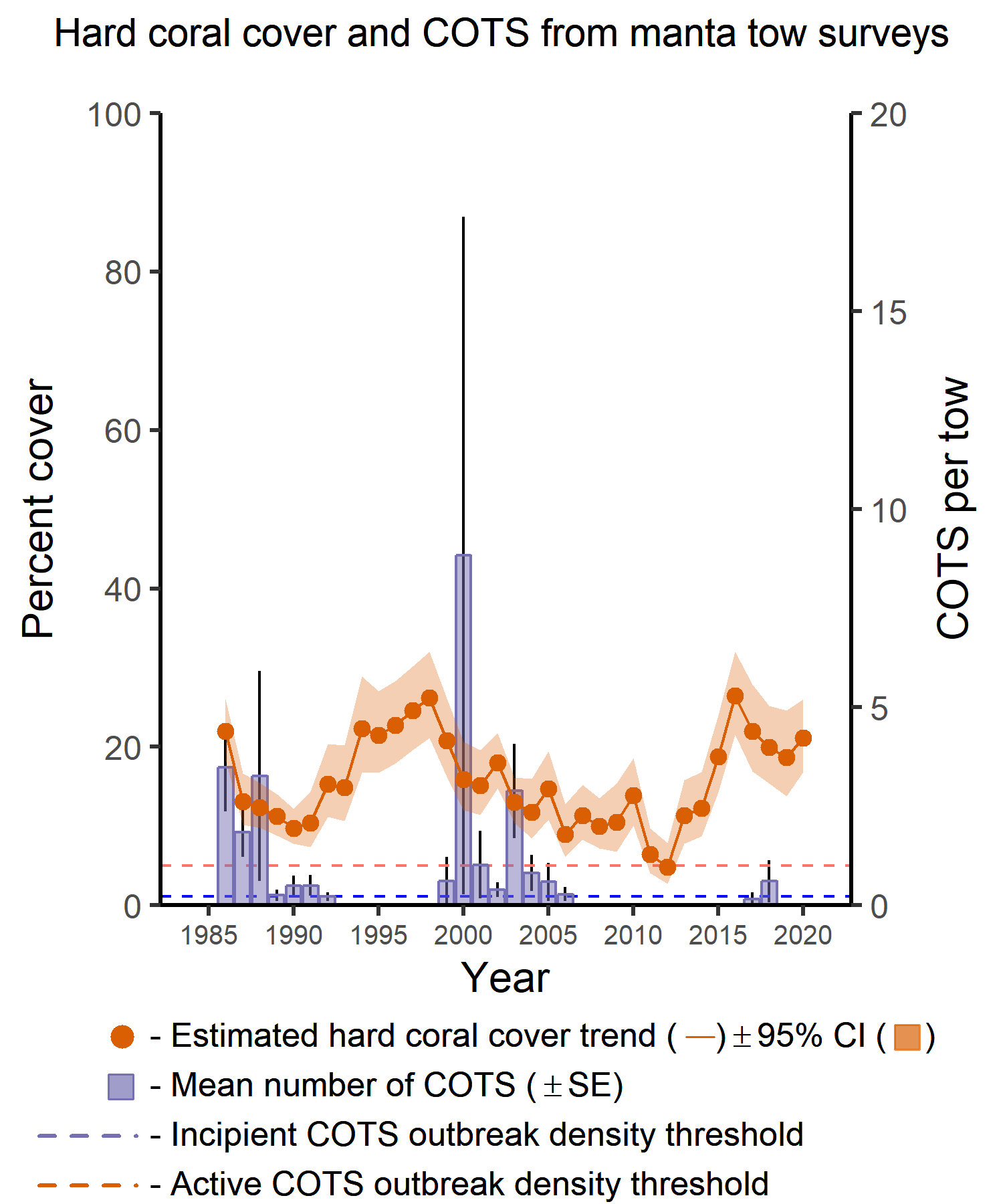 Image 1. In 2017 and 2018, an active outbreak of COTS was recorded on Rib Reef which dramatically reduced the hard-coral cover. Since then, numbers of COTS have substantially reduced due to active COTS control, however the damage has been done and large areas of this reef are now dominated by algal-covered dead skeletons.

Image 2. Low to moderate severity coral bleaching was recorded on many reefs during the 2020 surveys. Many like this Platygyra spp. were still partially bleached despite being winter.

Image 3. High cover of Acropora corals were seen on four of the 12 surveyed reefs in this sector, including Helix Reef pictured here.

Image 4. Coral bleaching severity was moderate to high at Myrmidon Reef, on the outer shelf.