Figure 1: Map showing location of reefs in the Townsville sector.

As part of the Long-term Monitoring Program (LTMP), manta tow surveys of hard coral cover and the abundance of the coral feeding crown-of-thorns starfish (COTS), Acanthaster cf. solaris* were completed on five reefs in the Townsville sector of the Great Barrier Reef (GBR). Preliminary results of the manta tow surveys are presented in Tables 1 and 2.

Five reefs were surveyed for reef-wide median coral cover. Overall median coral cover was stable at the sector level. Median coral cover increased on two reefs, declined on two reefs and remained stable on one reef. Two reefs had COTS. Active removal of COTS has occurred in the Townsville sector over the last few years and may have reduced the number of COTS visible when manta tows were done. No COTS were observed on Rib reef, which had an active outbreak in 2017. No signs of coral bleaching were observed during manta tow surveys. Manta tow surveys were not conducted on the inshore reefs due to poor visibility. Results from scuba surveys on fixed sites on two inshore reefs (and) indicated a three-fold increase in hard coral cover on Havannah Island to 18% whereas Pandora reef was similar to the previous survey at 42% hard coral cover.

Fixed transect surveys on scuba were conducted on eight reefs in this sector and indicated low levels of bleaching (0-1%) on Rib reef and all other reefs had no bleaching. Scuba surveys also indicated signs of white-syndrome disease were elevated on Davies Reef. For other reefs in the sector, the incidence of disease and Drupella spp. was low and generally below levels seen in previous years.

Table 2: Summary of manta tow surveys of reefs in the Townsville sector. Arrows indicate the trend in live coral cover and A. solaris since last survey; ▲ = increase, ▼ = decrease, " " = no change. Outbreak Status: NO no outbreak, IO incipient outbreak >.22 COTS per tow, RE recovering, AO = Active Outbreak>1 COTS per tow. 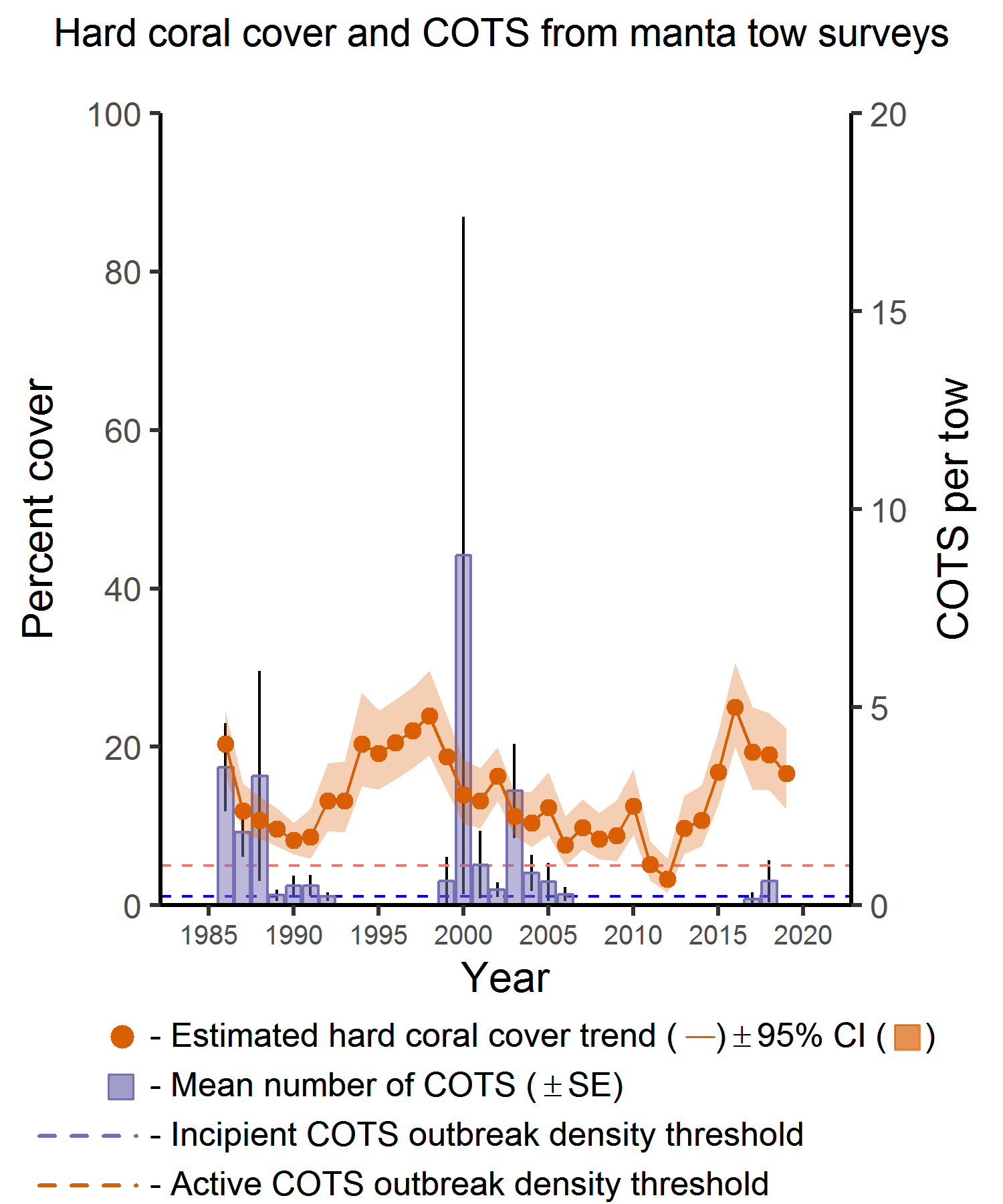 Image 2. Some live coral colonies interspersed among the casualties from an Active outbreak of crown-of-thorns starfish at John Brewer Reef.

Image 3. View looking along the slope at Dip Reef with plenty of pink coralline algae as well as sand and rubble at the reef base.