Figure 1: Map showing location of reefs in the Swains sector. Click the points for more information.

Table 1: Overview of results obtained from manta tow surveys of reefs in the Swains sector

As part of the Long-Term Monitoring Program (LTMP), manta tow surveys of hard coral cover and the abundance of the coral feeding crown-of-thorns starfish (COTS), Acanthaster cf. solaris were completed on seven reefs in the Swains sector of the Great Barrier Reef (GBR) (Fig 1).

Preliminary results of the manta tow surveys are presented in Tables 1 and 2. The overall median hard coral cover for the sector was moderate (10-30%) (Table 1) (Fig 2) and had increased since the previous surveys(Fig 2).

Hard coral cover was very high (50 to 75%) on one reef, high (30 to 50%) on one reef, moderate (10-30%) on four reefs, and low (0-10%) on the remaining reef (Table 2). Since the previous surveys, hard coral cover had increased on five reefs, declined on one reef and was stable on the remaining reef. COTS were recorded on six of the seven reefs (Table 2). Sector-wide, COTS abundance varied between reefs with numbers increasing on three reefs, decreasing on three reefs, and none being recorded on the remaining reef. Three reefs were classified as Active Outbreaks, and one reef as Incipient Outbreak. East Cay and Snake Reef were reclassified from No Outbreak to Incipient Outbreak and Active Outbreak respectively. Two reefs had their status reclassified from Active Outbreak to Recovering (Table 1, Fig 2).

Coral bleaching was restricted to scattered, individual colonies. Cases of coral disease were low on all reefs and within the range reported in previous years, as was the abundance of the corallivorous snail, Drupella spp. COTS were recorded during three fixed site surveys. 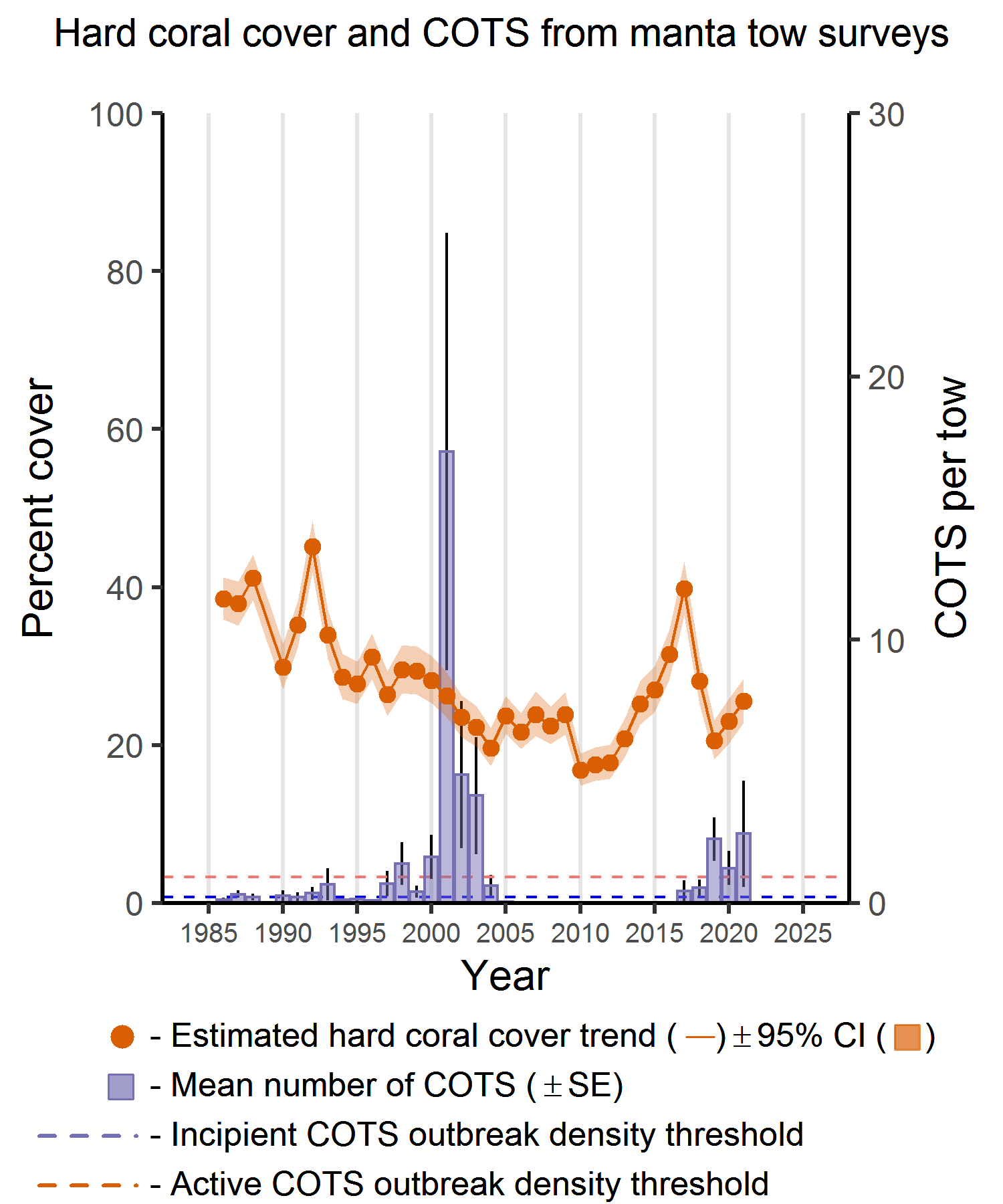 Figure 2: - Sector-wide changes in coral cover and the numbers of A. solaris for survey reefs in the Swains sector of the GBR. Orange trend line = Hard coral. Purple bars = Crown-of-thorns (COTS)

Image 1. Most reefs surveyed had moderate to high hard coral cover such as Snake Reef.

Image 2. Some reefs are still recovering from previous disturbances, in this case COTS outbreaks on Turner Reef.

Image 3. COTS outbreaks, shown here at Gannet Cay, have been the primary cause of recent hard coral declines in the Swains with three reefs having the status of Active Outbreak and one reef with an Incipient Outbreak status.