Figure 1: Map showing location of reefs in the Swains sector. Click the points for more information.

Table 1: Overview of results obtained from manta tow surveys of reefs in the Swains sector

As part of the Long-Term Monitoring Program (LTMP), manta tow surveys of coral cover and the abundance of the coral feeding crown-of-thorns starfish (COTS), Acanthaster cf. solaris were completed on eight reefs in the Swain sector of the Great Barrier Reef.

The preliminary results of the manta tow surveys are presented in Tables 1 and 2. Average sector-wide live coral cover was moderate (10-30%) and had increased slightly since previous surveys in October 2018.

Scuba surveys of fixed transects were conducted at eight reefs and recorded high numbers of COTS on two reefs. Low levels of coral bleaching were recorded at one reef but was restricted to scattered individual colonies. For all reefs, cases of disease and numbers of the corallivorous snail, Drupella spp. were within the range of past values recorded from reefs within this region.

More detailed results on fish and benthic assemblages from fixed site surveys will be available soon. 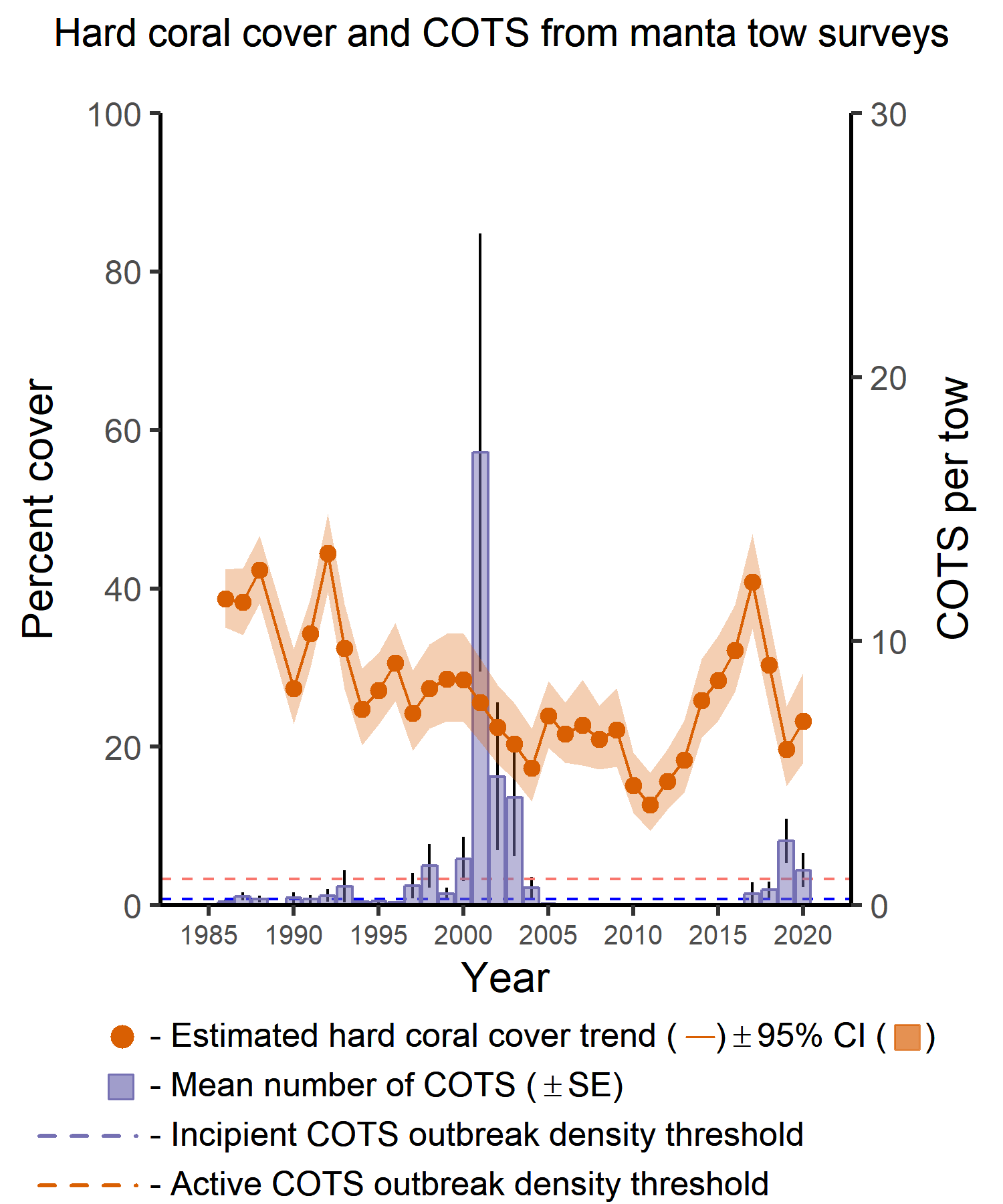 Figure 2: - Sector-wide changes in coral cover and the numbers of A. solaris for survey reefs in the Swains sector of the GBR. Orange trend line = Hard coral. Purple bars = Crown-of-thorns (COTS)

Image 1. Coral cover on Reef 21-245 was very good in places showing a remarkable recovery since Severe Cyclone Hamish in March 2009, despite the presence of crown-of-thorns starfish on the reef.

Image 2. Sub-massive hard corals growing on the crest of Reef 21-245 were a refreshing sight as these corals are particularly susceptible to the depredations resulting from coral bleaching.

Image 3. Active outbreaks of COTS were recorded on three reefs in the Swain sector. Here a COTS lies adjacent to the transect tape, with an obvious white scar of dead coral from recent feeding activities.

Image 4. Divers record the number of COTS and their feeding scars during fixed site surveys along permanent transects.