Table 1: Overview of results obtained from manta tow surveys of reefs in the Princess Charlotte sector

As part of the Long-Term Monitoring Program (LTMP), manta tow surveys of hard coral cover and the abundance of the coral feeding crown-of-thorns starfish (COTS), Acanthaster cf. solaris were completed on 11 reefs were surveyed in the Princess Charlotte Bay sector of the Great Barrier Reef (GBR) (Fig 1). 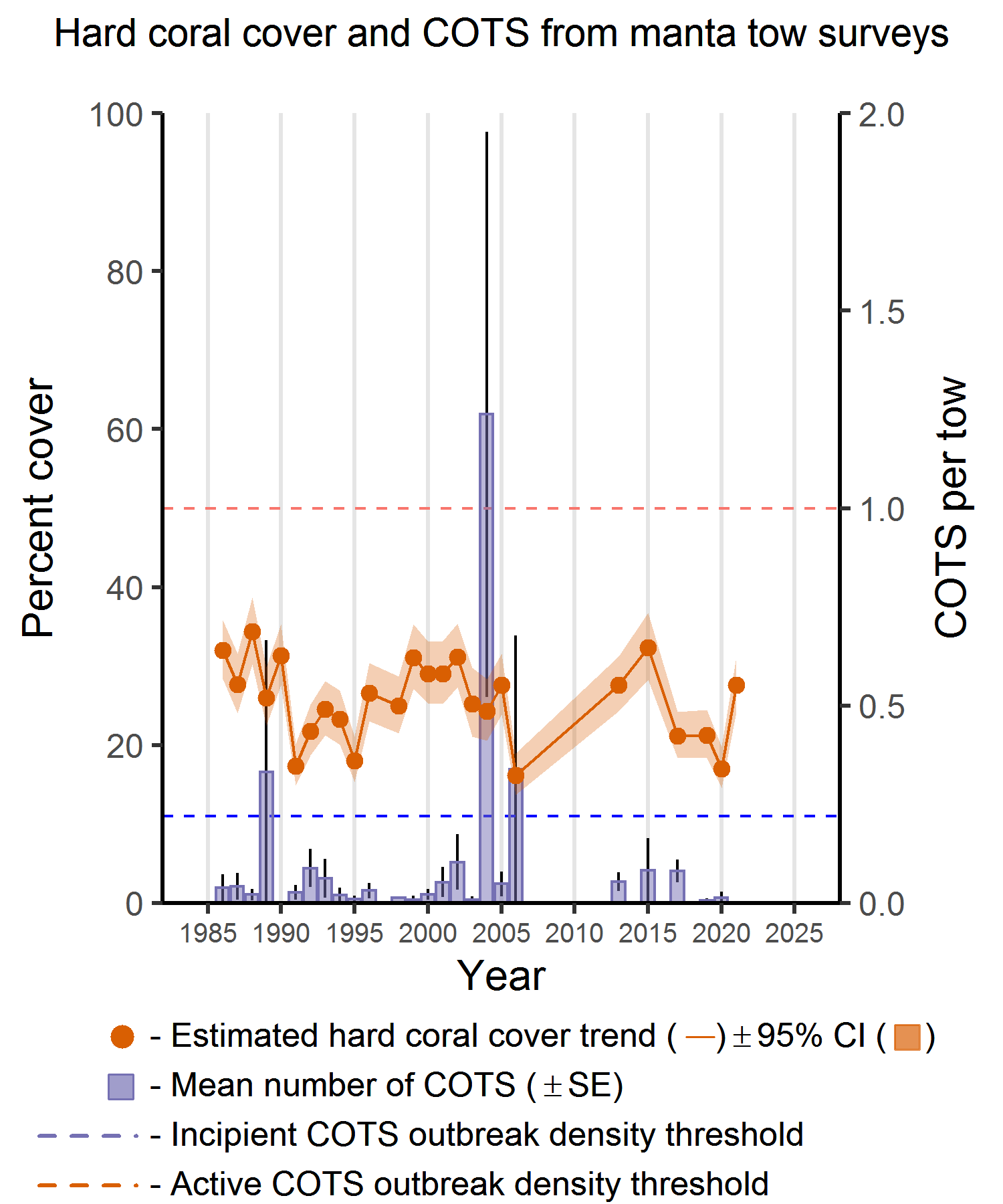 Figure 2: - Sector-wide changes in coral cover and the numbers of A. solaris for survey reefs in the Princess Charlotte sector of the GBR. Orange trend line = Hard coral. Purple bars = Crown-of-thorns (COTS)

Image 1. A dense school of Trevally swim along the reef flank at Corbett Reef.

Image 2. The northern flank of Rodda Reef had a steep drop-off, with the top and crest covered in large Acropora plates.