Figure 1: Map showing location of reefs in the Pompeys sector.

Table 1: Overview of results obtained from manta tow surveys of reefs in the Pompeys sector

As part of the Long Term Monitoring Program (LTMP), manta tow surveys of hard coral cover and the abundance of the coral feeding crown-of-thorns starfish (COTS), Acanthaster cf. solaris* were completed on two reefs in the Pompey sector of the Great Barrier Reef (GBR). Preliminary results of the manta tow surveys are presented in Tables 1 and 2.

While overall median reef-wide coral cover for the sector was moderate (10-30%) coral cover was had increased on one reef (Creal) and declined on the other (Credlin). The decline in coral cover on Credlin reef was attributed to the effects of Cyclone Debbie, a category 4 system that passed over the adjoining Whitsunday sector in 2017.

Table 2: Summary of manta tow surveys of reefs in the Pompeys sector. Arrows indicate the trend in live coral cover and A. solaris since last survey; ▲ = increase, ▼ = decrease, " " = no change. Outbreak Status: NO no outbreak, IO incipient outbreak >.22 COTS per tow, RE recovering, AO = Active Outbreak >1 COTS per tow. 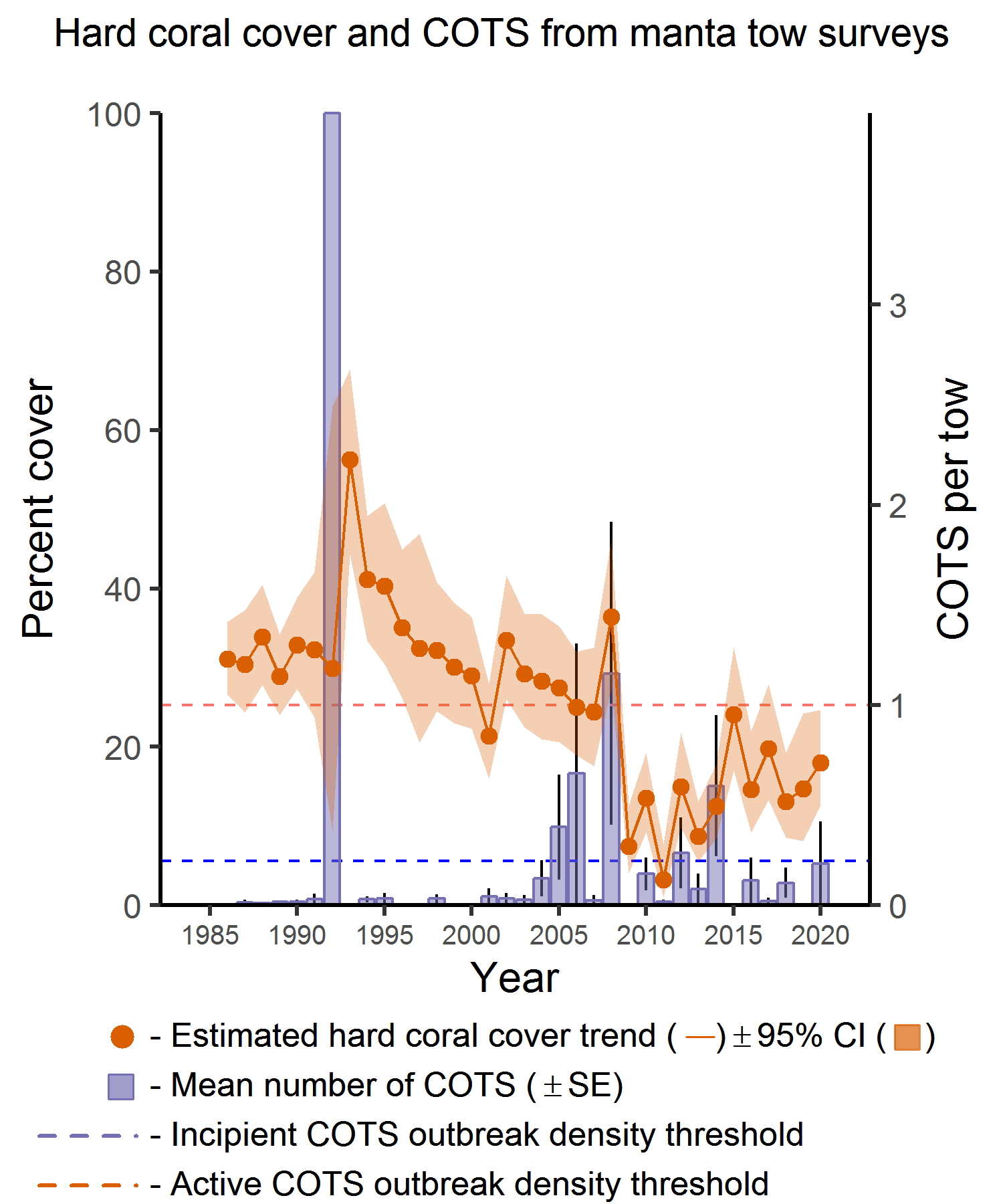 Figure 2: - Sector-wide changes in coral cover and the numbers of A. solaris for survey reefs in the Pompeys sector of the GBR. Orange trend line = Hard coral. Purple bars = Crown-of-thorns (COTS)

Image 1. Submassive and digitate corals on the reef crest of Creal Reef. Submassive Isopora spp. hard corals are particularly susceptible to bleaching, so seeing them in abundance is a good sign.