Figure 1: Map showing location of reefs in the Innisfail sector. Click the points for more information.

As part of the Long-Term Monitoring Program (LTMP), manta tow surveys of hard coral cover and the abundance of the coral feeding crown-of-thorns starfish (COTS), Acanthaster cf. solaris were completed on seven reefs in the Innisfail sector of the Great Barrier Reef (GBR) (Fig 1).

Preliminary results of the manta tow surveys are presented in Tables 1 and 2. The overall median hard coral cover for the sector was low (7%) (Table 1) (Fig 2) and had declined marginally since the previous surveys in June 2018 (Fig 2). All seven reefs had low (0 to 10%) hard coral cover (Fig 1, Table 2).

Preliminary results of the manta tow surveys are presented in Tables 1 and 2. The overall median hard coral cover for the sector was low (0 to 10%) (Table 1) (Fig 2) and had decreased marginally since the previous surveys in June 2018 (Fig 2).

No COTS were recorded during manta tow surveys (Table 2), however, individuals in the sub-adult and juvenile size classes were detected on scuba during fixed site surveys at Farquharson Reef and Peart Reef. Three reefs were classified as ‘recovering’ from active outbreaks reported in 2018 (Table 1, Fig 2).

The majority of the GBR Marine Park was under a bleaching warning, issued by NOAA Coral Reef Watch on the 13th February, at the time of these surveys. Coral bleaching was recorded at moderate levels sector-wide during manta tow surveys, particularly on reef crest and reef flat habitats (Table 1). Bleaching was restricted to scattered, individual colonies on reef slope habitats, surveyed using scuba during fixed site surveys. Bleaching occurred on most transects and a wide variety of coral genera were affected, in particular colonies of Porites spp.

Abundance of coral diseases, including white syndrome, brown-band disease, skeletal eroding band disease and black-band disease, was rare in the Innisfail sector. The densities of the corallivorous snail, Drupella spp., varied between 27/ha to 87.5/ha and had declined at all reefs since previous surveys. More results on fish and benthic assemblages from fixed site surveys will be available soon. 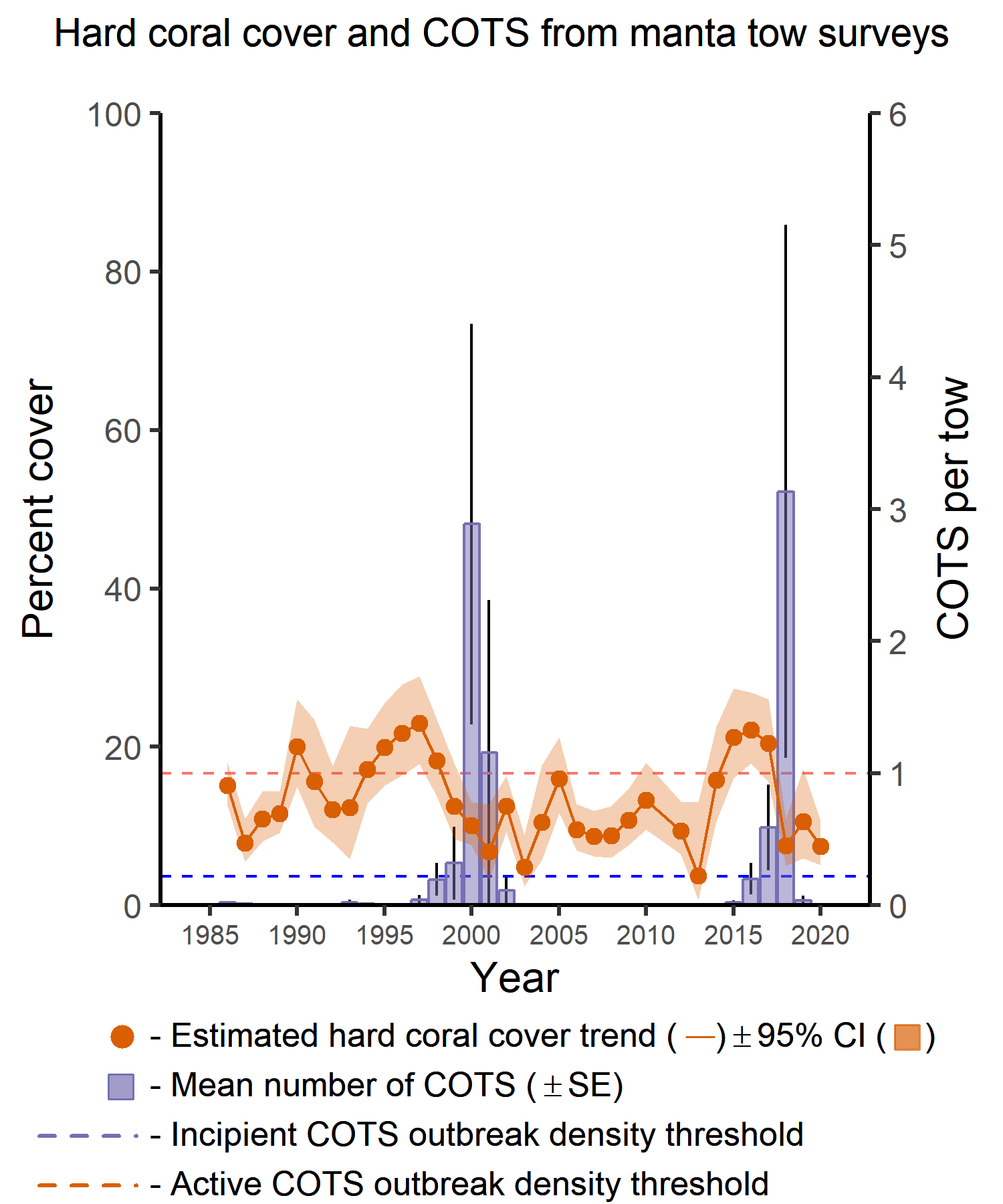 Image 2. Remnant live branching and plate corals on the crest of Farquharson reef that survived previous years of COTS outbreaks were bleaching.