Figure 1: Map showing location of reefs in the Cooktown-Lizard sector. Click the points for more information.

Table 1: Overview of results obtained from manta tow surveys of reefs in the Cooktown-Lizard sector

As part of the Long-Term Monitoring Program (LTMP), manta tow surveys of hard coral cover and the abundance of the coral feeding crown-of-thorns starfish (COTS), Acanthaster cf. solaris were completed on 26 reefs in the Cooktown-Lizard Island sector of the Great Barrier Reef (GBR) (Fig 1).

Preliminary results of the manta tow surveys are presented in Tables 1 and 2. The overall median hard coral cover for the sector was moderate (10-30%) (Table 1) (Fig 2) and had increased since previous surveys in 2019 (Fig 2).

Low levels of coral bleaching were recorded at one reef, restricted to scattered individual colonies. 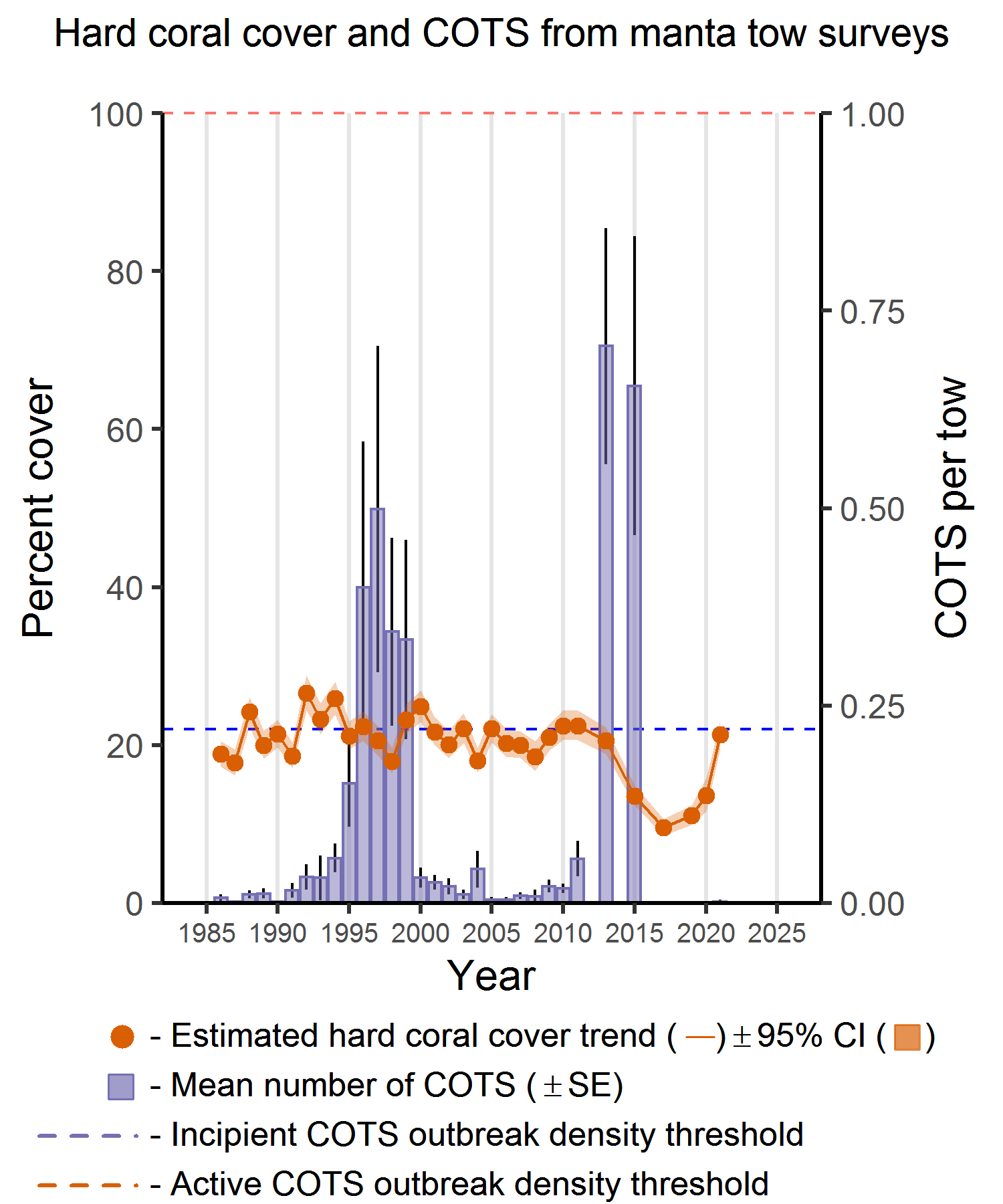 Figure 2: - Sector-wide changes in coral cover and the numbers of A. solaris for survey reefs in the Cooktown-Lizard sector of the GBR. Orange trend line = Hard coral. Purple bars = Crown-of-thorns (COTS)

Image 2. The front reef slope at Carter Reef with moderate coral cover. While there has been some recovery on these outer reefs, the dominant corals have changed from table Acropora to sub-massive Pocillopora colonies.