As part of the Long Term Monitoring Program (LTMP), manta tow surveys of hard coral cover and the abundance of the coral feeding crown-of-thorns starfish (COTS), Acanthaster cf. solaris were completed on nine reefs in the Cape Grenville sector of the Great Barrier Reef (GBR) (Fig 1). Preliminary results of the manta tow surveys are presented in Tables 1 and 2. The overall median hard coral cover for the sector was moderate (10-30 %) (Table 1) and had increased since 2017 (Fig 2). The sector-wide increase in hard coral cover reflects changes to the sampling regime, rather than increases in hard coral cover due to recovery from bleaching.

Five reefs that were surveyed in 2017 could not be surveyed in 2019 due to safety concerns (crocodiles). These reefs were inshore/mid-shelf reefs and had low hard coral cover in 2017 following the 2016 bleaching event. Of the reefs that were previously surveyed, hard coral cover remained moderate (10 to 30%) on Curd Reef, but had declined on the five reefs in the Middle Banks and Ashmore Banks since 2017 where hard coral cover remained high (30-50%). The cause of this decline was most likely coral bleaching in 2016 and 2017, and recent storm damage from Tropical Cyclone Penny in January 2019. Of the reefs surveyed for the first time in 2019, median reef-wide hard coral cover was high (30 to 50%) at Lagoon Reef, moderate (10 to 30%) at Mantis Reef and low (0 to 10%) Reef 11-049 (Table 2). One COTS was observed at Reef 11-049, however all reefs were classified as No Outbreak (Table 2).

Scuba surveys of fixed transects recorded low levels of coral bleaching but observations during manta tow surveys indicated localised areas where up to 10% of hard coral cover was bleached, likely caused by exposure to above-average sea temperatures in December 2018. Cases of coral disease were low on all reefs as were numbers of the corallivorous snail, Drupella spp. Coral juveniles were observed in multiple size classes at densities likely to support future reef recovery.

Table 2: Summary of manta tow surveys of reefs in the Cape Grenville sector. Arrows indicate the trend in live coral cover and A. solaris since last survey; ▲ = increase, ▼ = decrease, " " = no change. Outbreak Status: NO no outbreak, IO incipient outbreak >.22 COTS per tow, RE recovering, AO = Active Outbreak>1 COTS per tow.

Figure 3. Estimates for benthic data and fish abundance from fixed site surveys. Data are mean estimates Â± 95% credible intervals derived from Bayesian hierarchical linear models. Total fish abundance is the combined counts of two groups of fishes that have different maximum body sizes and are surveyed differently. Large bodied fish are highly mobile, generally have maximum sizes > 15cm and are counted by a trained diver in a 5m wide swathe along each transect. Small bodied fish are all site dependent damselfishes, mostly 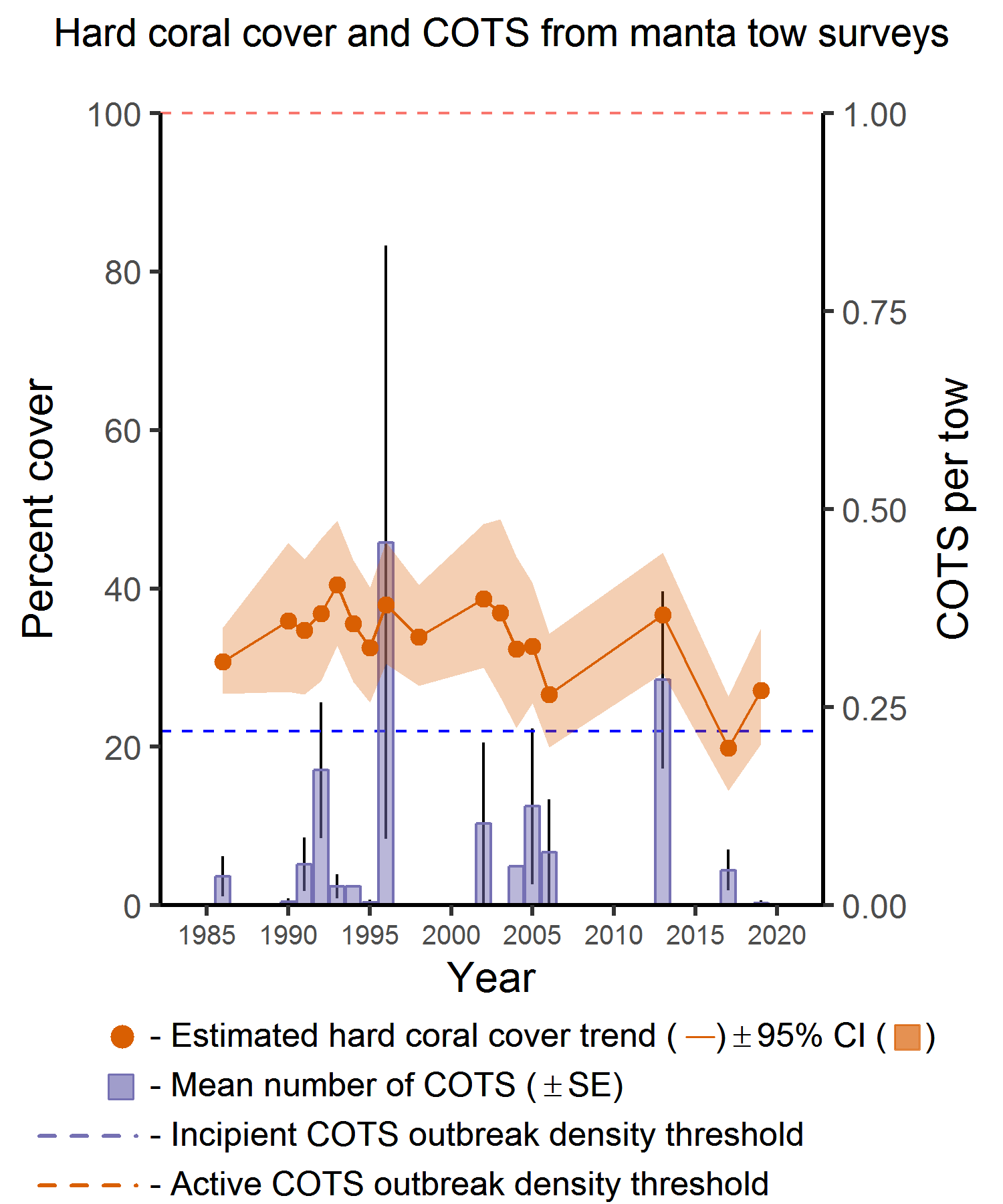 Image 1. Reef 11-049 had low coral cover and many dead skeleton or partially dead coral colonies as a result of prior coral bleaching events.