Figure 1: Map showing location of reefs in the Cairns sector. Click the points for more information.

Table 1: Overview of results obtained from manta tow surveys of reefs in the Cairns sector

As part of the Long-Term Monitoring Program (LTMP), manta tow surveys of hard coral cover and the abundance of the coral feeding crown-of-thorns starfish (COTS), Acanthaster cf. solaris were completed on 17 reefs in the Cairns sector of the Great Barrier Reef (GBR) (Fig 1).

One COTS was recorded at Evening Reef during manta tow surveys (Table 2). Sector-wide numbers of COTS were low and stable since previous surveys (Table 1, Fig 2).

Low levels of coral bleaching were recorded at a number of reefs, restricted to scattered individual colonies. 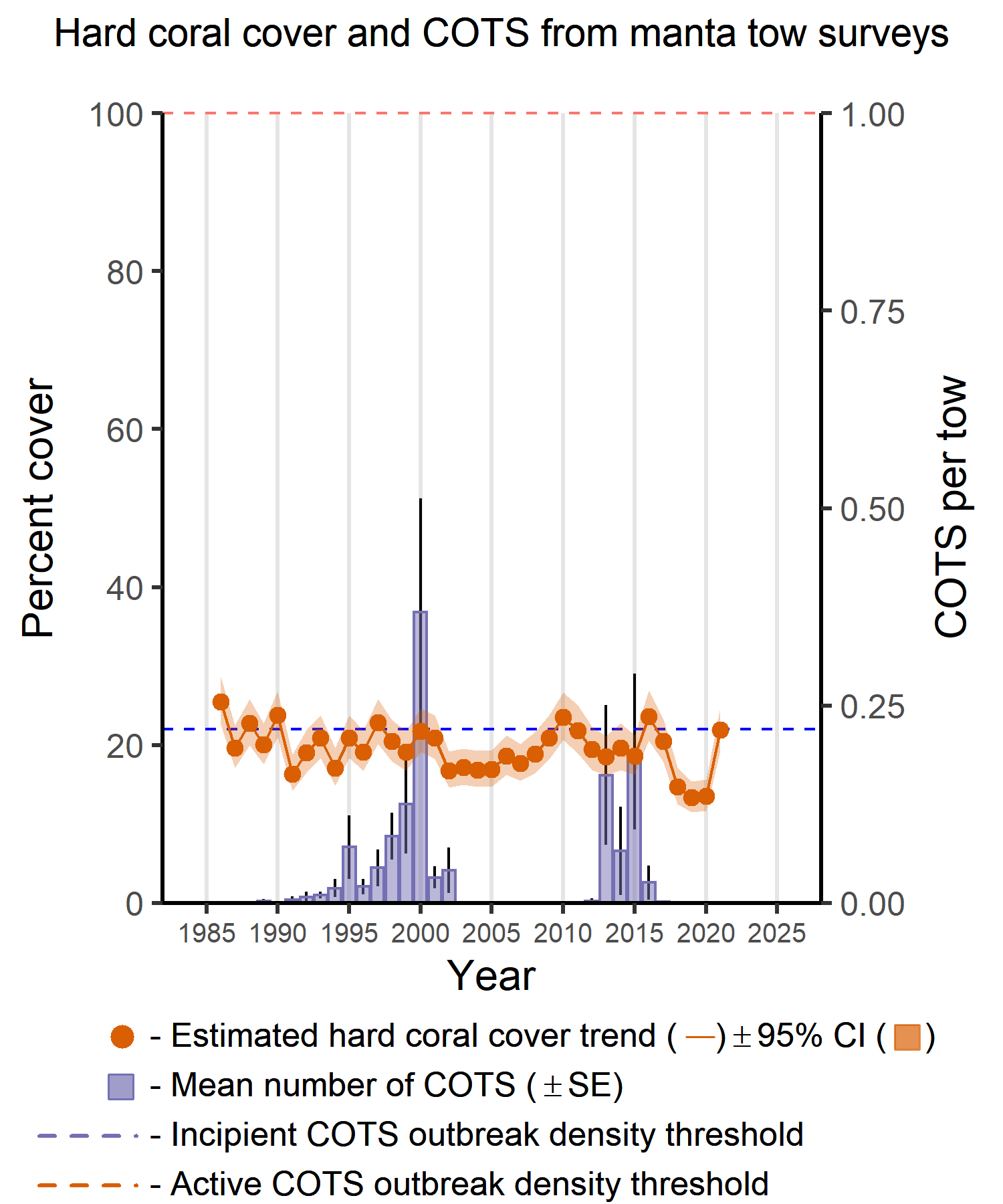 Figure 2: - Sector-wide changes in coral cover and the numbers of A. solaris for survey reefs in the Cairns sector of the GBR. Orange trend line = Hard coral. Purple bars = Crown-of-thorns (COTS)

Image 2. Only one single COTS was recorded during manta tow surveys across seventeen reefs in the Cairns sector. This indicates that the current fourth wave has progressed south of this sector and in the absence of further disturbances, reefs offshore from Cairns should continue to recover back to pre-disturbance levels.

Image 3. The RV Solander is AIMS’ largest vessel and is an excellent platform from which to conduct research cruises for extended periods at sea.

Image 4. A promising sign for the future. Juvenile corals abound on the dead skeletons of their predecessors. This was a common sight during this cruise and indicates recovery has begun following COTS outbreaks and recurrent mass coral bleaching events.